You have timed out of Book Fair. Please log in again.

In Praise of Poetry

Use poetry as a springboard to fulfilling a kid’s dream of becoming a “good reader.” 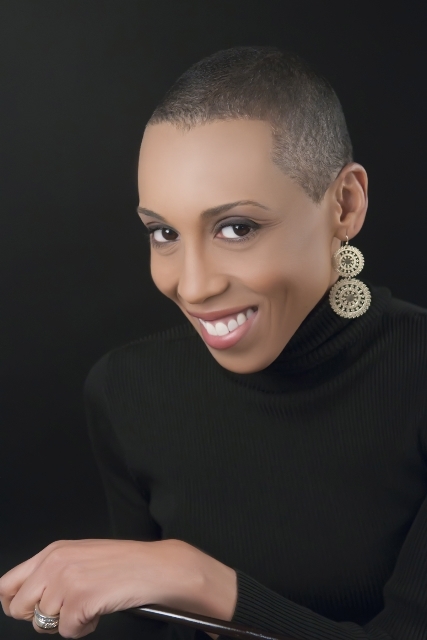 I remember the day so clearly. A special librarian gave me a book that revolutionized my reading identity. The book was a hand-me-down. Its cover like a beat-up overcoat. Its coffee-stained pages, like that coat’s worn-out lining. But oh, that book! Even in its shabbiness, it held a glistening promise.  The Selected Poems of Langston Hugheswas the answer to many prayers for this self-described “bad reader.”

I was the kid who shrank when teachers announced that today’s class was going to be a “round robin read-aloud,” in which each student would read a page from the meaty, heavy-paragraphed novel that was being passed from desk to desk (I attended a school with limited resources, so books were often shared among several students.). I was the girl who withered under the weight of passages filled with overly complex sentences, and little white space.

Thankfully, Langston Hughes came to my rescue. Hughes’s simple, cadenced word-play cracked open a whole new world — the poetic form!  In The Selected Poems of Langston Hughes, each poem presented its own heart-widening, eye-opening story. With poem titles like “Hope” and “Long Trip” and “Blue Monday” and “Bad Morning” and “S-sss-ss-sh!” I was hooked on the powerful magic of poetry as a way to go from being a “bad reader” to becoming a “good reader” and a “poetry praiser.” I dove in, head-first, and started to read the works of every poet I could find. This was also the beginning of becoming a writer. It was the start of an insatiable desire to craft stories in spare, precise ways. I worked hard at it, and this encouraged me to read poetry aloud. I wanted to hear what true poets sounded like. I wanted to feel poetry’s power, from the inside out. I wanted to experience those words, deftly and deliberately placed.

Soon the begging began. I urged my teachers and parents and friends to read poetry aloud to me, and with me. I implored them to savor each word. To enunciate. To repeat. Then to do it all again. Slowly. And with emotion. I still own that beautifully  battered copy of The Selected Poems of Langston Hughes. It is a treasure.

It wasn’t until I’d become an adult, that I learned the ways in which poetry is a super-tool for building reading, listening, and speaking skills. Poetry encourages creative thinking, and language and vocabulary exploration.  Perhaps most important, when read aloud, poetry fosters book choice and collaboration. According to the Scholastic Kids and Family Reading Report, kids who are read aloud to frequently, are more inclined to pick their own books. And kids and parents who share read-aloud times together find reading fun.

Even with so many positive hallmarks to its credit, I still run into folks who believe poetry is meant to be endured, boring, quiet, and filled with snooze juice.  Speaking as an author, I’ve taken this up as one of my important causes — to transform poetry’s reputation. When I wrote a book entitled A Poem for Peter, an ode to children’s book creator Ezra Jack Keats and his creation of the classic children’s book The Snowy Day, I crafted a narrative that I hoped would echo the joyous wonders of playing among snow’s magical whimsy. If young Peter, the main character in Keats’s book could frolic, why shouldn’t readers be free to do the same as they jump onto the sled of the book’s narrative and, hopefully, exclaim, “Wheee!”

In another book that I’ve authored, entitled Martin Rising: Requiem for a King, I’ve employed the use of “docu-poems.” These passages chronicle the greatness of a noted civil rights leader by ushering readers into the final days of Martin Luther King, Jr’s life, as he approaches the moments leading up to his assassination. Here is where I hope teachers will use poetry in classroom read-alouds.  The poems in Martin Rising are meant to be interactive, shared in groups, harmonized, as students would do while choral singing or in a drama club setting. Here’s where I hope anyone who believes they’re a “bad reader” will re-think their own reading identity and consider themselves a “good reader” or even a “poetry praiser.” Interestingly, Martin Rising is published on the 50th anniversary of King’s death, during the same time that we celebrate National Poetry Month, in April.

We owe young people reading experiences that open their worlds and let them feel good about their reading abilities. We owe them poetry. This is where Langston Hughes’s signature poem “Hold Fast to Dreams” can manifest. Because, as Martin Luther King, Jr. showed us, when any child clings to a dream, all things are possible.

Andrea Davis Pinkney is the bestselling and award-winning author of numerous works for children and young adults. Her books have been awarded multiple Coretta Scott King Book Awards, Jane Addams Children’s Literature Honor citations, four NAACP Image Award nominations, the Boston Globe/Horn Book Honor medal. She is the recipient of the Regina Medal, a citation for her distinguished contribution to the field of children’s literature. Pinkney was named one of the “The 25 Most Influential People in Our Children’s Lives” by Children’s Health Magazine.